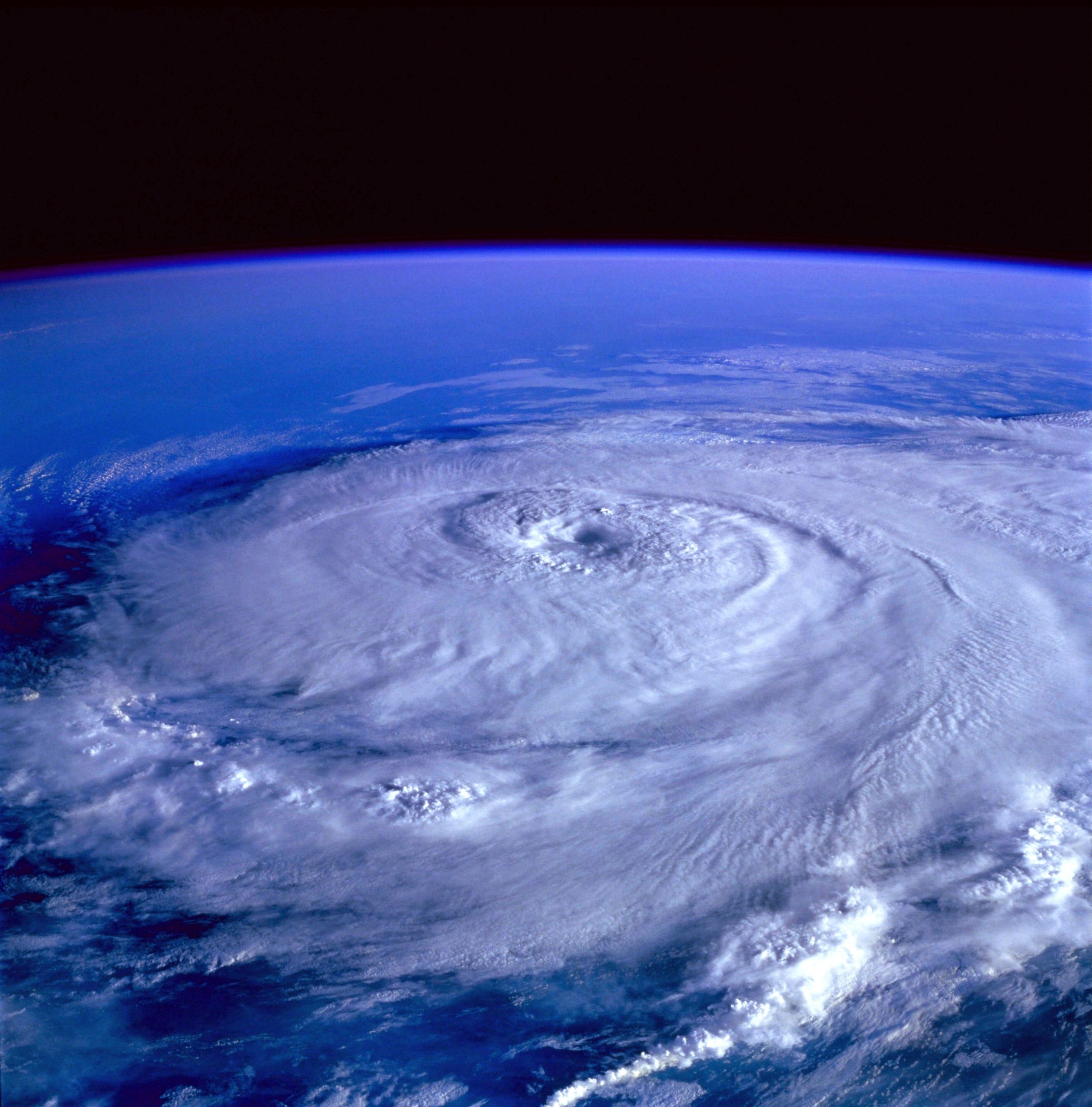 7 Facts About Cyclone Oma [With Links to Resources]

Cyclone Oma has been a looming threat to Australian coastlines for over a week now, but did you know that the cyclone has already had a devastating impact on some surrounding islands? Below you’ll find 6 important facts about Cyclone Oma, and how it might impact you.

1. Where did Cyclone Oma form?

While Cyclone Oma only hit mainstream media when the tropical storm started approaching the east coast of Australia close to Brisbane, the cyclone actually formed between the lesser known countries of Vanuatu and New Caledonia, which are two groups of islands to the East of Australia, and North of New Zealand.

You can find a useful map here which actually maps out the historical movement of the storm, as well as it’s wind speed and severity at each point in time.

As can be seen in the map above, the tropical cyclone formed closest to the island of Vanuatu, making its way South towards New Caledonia, and eventually approaching the East Coast of Australia.

2. When was Cyclone Oma first discovered?

While the Australian Bureau of Meteorology have been providing frequent storm warnings for the coasts of NSW & QLD throughout the month of February 2019, they did not make mention of Cyclone Oma until this tweet on February 15th.

The tweet states: “Tropical Cyclone Oma, Category 2, remains slow moving to the North West of Vanuatu. It will likely move towards the South West in the days ahead, generating dangerous surf about southern beaches from Tuesday, however at this stage Oma is not expected to reach the QLD coast.”

February 7th: A tropical low was discovered on the coast of Vanuatu, in the South Pacific Basin

February 10th: The tropical low moves out of the basin South Pacific Basin

February 11th: The conditions of the tropical low strengthens to take the form of a tropical cyclone, and gets its name: Cyclone Oma

February 15: The cycloned reaches peak intensity, and is given the status of a severe tropical cyclone

February 21st: The cyclone re-enters the South Pacific basin and is categorised as a category 2 cyclone.

3. What Category is Cyclone Oma?

Cyclone Oma was declared a category 3 cyclone during peak intensity on February 16th (source), but weakened to a category 2 while approaching the Australian Coast according to The Bureau of Meteorology.

For reference, below is a summary of the various categories of cyclone, provided by The Bureau of Meteorology. This indicates that at a category 2 cyclone with destructive wind speeds of between 126 – 164 km p/h have been experienced near the coastline of Queensland. 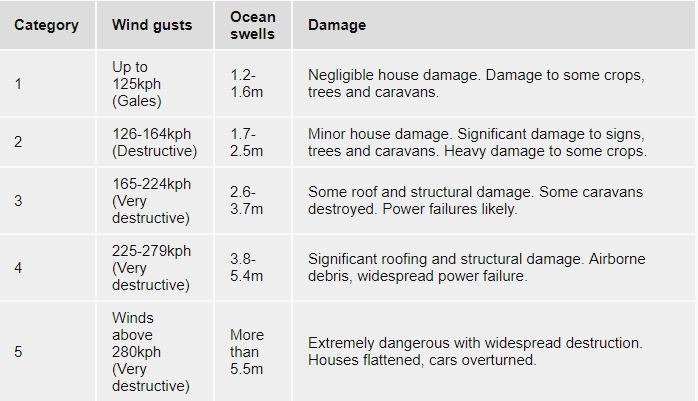 4. What Damage has been caused so far?

As of February 22nd 2019, no damage has been incurred on the Australian coast, however this may change by next week according to this article by the Guardian (source).

The most large-scale damage from Cyclone Oma has been seen where the tropical cyclone first formed, in New Caledonia and Vanuatu.

It has been reported in this video that thousands of homes have been destroyed in New Caledonia, with minimal human injury and no deaths.

But what has been a major concern is the amount of crops and harvests that have been destroyed, causing a strain on the local economy (source).

A local news source in Vanuatu has reported that 76 homes have had their crop gardens destroyed, which will likely result in a food shortage. The Vanuatu government are however still estimating damages, and will release a report shortly.

5. Which Australian areas has The Bureau of Meteorology issued warnings for?

On February 22nd, The Bureau of Meteorology issued a warning for the a list of Australian locations, insisting that people stay clear of trees and powerlines which might fall, store their cars under cover, and to stay well away from the beaches and coastline.

The locations in the most danger and who should heed the warnings are said to be:

In another statement, The Bureau issued a warning that Cyclone Oma will be close enough to the coast of Queensland and New South Wales to result in direct impacts, although it’s not expected to actually make landfall (Source).

6. When was the last time Brisbane was at risk of a Cyclone?

Brisbane experienced severe flooding as a result of Cyclone Wanda in 1974 in which 16 people lost their lives, mostly due to drownings. About 8,500 Brisbane homes were flooded during this disaster of which 6,000 could not be recovered from the damages incurred (source)

The flood caused in Brisbane by Cyclone Wanda resulted in a number of new measures implemented to prevent future disasters of this nature, including the erection of the Wivenhoe Dam along the Brisbane River.

7. Where can official statements from the Bureau of Meteorology be found?

The Bureau of Meteorology released a new media release on February 21st stating: “Cyclone Oma to approach the southeast Queensland coast this weekend”. The Bureau  post frequent updates, warnings and media releases regarding Cyclone Oma on their Warnings Summary page which you can keep an eye on to stay abreast of the situation.